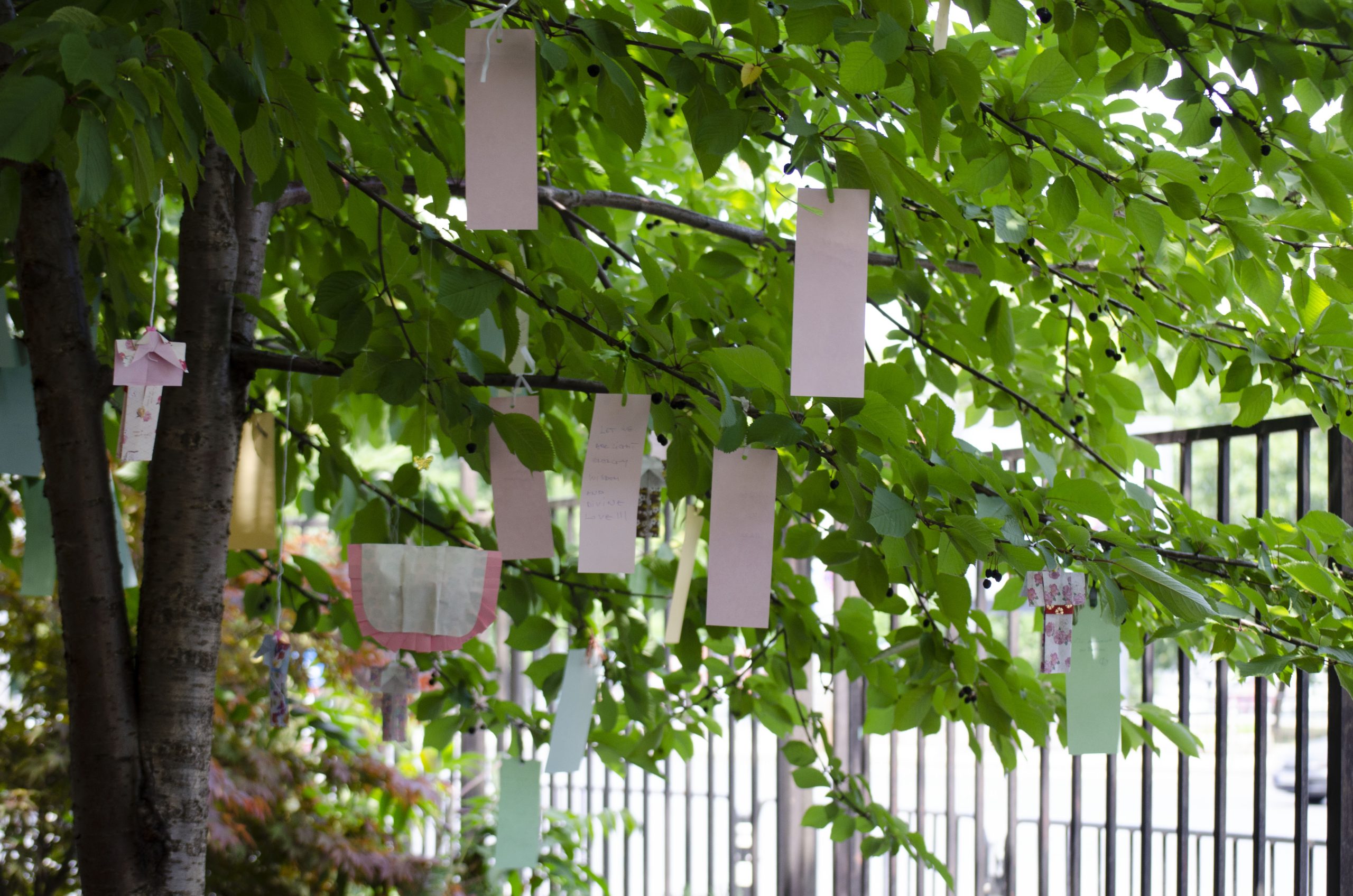 The fifteenth Japanese culture festival Bunkasai was held on 17th July 2022 at the Centrе for Eastern Languages and Studies. This year’s festival featured Tanabata. In addition to a Tanabata stand where you could write a wish and tie it to a tree, there was a Japanese calligraphy stand where you could have your name or a specific character written down, and a food stall where Japanese food such as sushi, onigiri, karaage, and okonomiyaki was served. A tea ceremony room, a board game room, an anime and manga room, a history room, an origami room, and a kimono room were also inside the building. Stage performances included two J-pop songs, a dance cover of Aya, a play about the legend of Tanabata, a rakugo story Jugemu, and a traditional Japanese dance Bon Odori.

The fifteenth Japanese culture festival Bunkasai was held on 17th July 2022 at the Centrе for Eastern Languages and Studies. This year’s festival featured Tanabata. In addition to a Tanabata stand where you…

Petar Nikolaev, graduate from Japanese Studies, Sofia Univeristy and former Bulgarian Cultural Attaché in Japan and former Consul and Chargé d’Affaires a.i. of Bulgaria in Australia, was invited to speak…

On the 25th of March 2022, an award ceremony was held in Sofia University “St. Kliment Ohridski” in which Gergana Petkova, head of the Department of Japanese Studies, Faculty of…

Department of Japanese Studies Welcomes a New Member – a Koto Has Arrived! We are thrilled to inform our friends that a dream has come true – our friends from…

The Super Power of Japanese Soft-power

6 and 7 March 2021 Program The aim of this project is to raise public awareness of the new horizons ensured by Japanese soft power policies. The main event is…